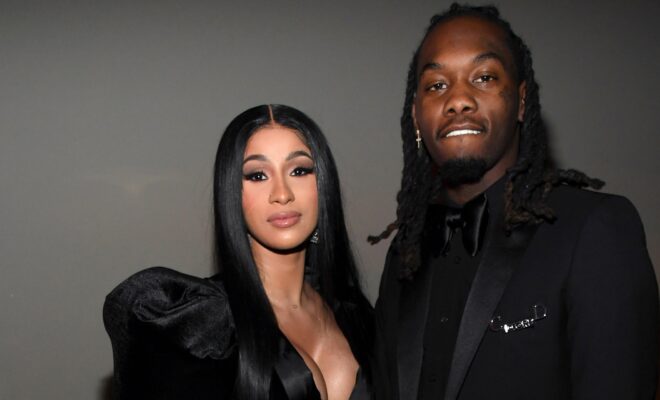 Cardi B Addresses Rumors On Divorce With Offset

Last week news broke that Cardi B filed divorce from her husband Offset, after nearly three years of marriage. When news dropped, rumors circulated that the divorce was happening because Offset infidelity and claims speculated that he got another pregnant woman.

Fed up with the gossip, Cardi got on Instagram live to clear the rumors.

People were just flooding me with… ‘Oh, Offset got a girl pregnant.’ And this is where the s–t came from. Ain’t that about a b—h,” Cardi fired off, according to JustJared. “That is why I’m telling y’all to stop believing… what people are saying, these blogs are saying, especially blogs that have a certain type of hatred towards me.”

Cardi also took offense that her divorce was done for publicity and stated that she wouldn’t pay a lawyer twenty thousand dollars for attention. She made it known that she is not trying to cause any issues for Offset but think it’s best to go their separate ways.

The two share a two-year-old daughter named Kulture. Click video below to listen to Cardi clear up all allegations.