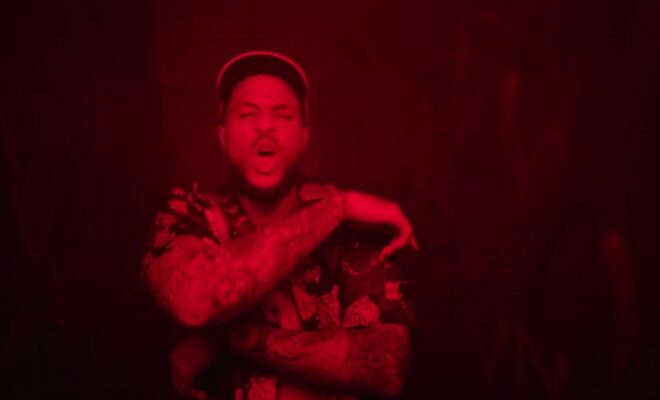 Philly transplant Leeb Godchild has seen the worst in people, but that doesn’t mean he’s judging. “Philly is a real religious city so I learned about it very early on… I used to think of the devil in the literal sense, but now he’s more of a concept to me.I always compare trappin with ‘dancing with the devil’—you know it can lead to worse things and it’s a major risk, but you still do it for the thrill and benefits…” he explains. On his newest single and video “Dance with the Devil” his rapid fire flow is the soundtrack to a gritty scene of a man tied up and being forced to face his demons in the form of some baddies with bad intentions! Peep the visual above and make the call— Blast or trash??

Dillan Jay
← Previous Story Peep the New Visual from Eric Bellinger and Chris Brown for “Type A Way”
Next Story → See Pics of A1 Bentley, Brittany B and More at the Premiere of VH1’s “Black Ink Crew: Compton”